Two of the Republic of Ireland’s leading young agri-firms emerged as winners at The Irish Times Innovation Awards 2019. University of Limerick-based FarmHedge won the IT and Fintech category for building a technology platform that enables farmers and agri-companies to engage in fast and personalised communication across the agriculture supply chain.

Biotech company Auranta, a spin-out from NovaUCD, won the New Frontiers category for developing a range of animal feeds which boost the immune system, reduce the need for antibiotics and significantly reduce mortality.

The awards, which are now in their 10th year, were presented at a ceremony attended by over 200 people at the RDS in Dublin. All category award winners receive a €10,000 communications package.

CEO and co-founder of FarmHedge John Garvey said the award was a strong endorsement of the firm’s success to date.

“We provide a secure and convenient way for farmers to order feed, fertiliser and machinery parts from their preferred suppliers.

“Winning this award recognises that we are providing agribusiness with a tool that creates value for both farmers and the companies they work with.

“In recent months, several new features, including the ‘farmer invitation’ feature and the ‘product upload’ feature, are proving very successful.

“Agri-companies have their own private portal where they can engage in mobile commerce with farmers; it is highly personalised and provides farmers with the very best service and convenience. “

FarmHedge also enables transactions between manufacturers or wholesalers and cooperatives. At the moment the company has 23 farmer cooperatives ordering fertiliser, seeds and crop protection products from wholesalers and forwarding offers to farmers using the FarmHedge mobile app.

Auranta, which is based in Ballsbridge in Dublin, won the New Frontiers Award for its animal feeds for calves, poultry and pigs which are produced from plant extracts.

The company, a spin-out from NovaUCD, says its products – AuraCalf, AuraPoultry and AuraPig – reduce mortality while boosting gut health, immunity and performance.

Company CEO John Cullen said the firm was thrilled to win the award from what was a very strong shortlist.

“Winning this award is a recognition of the hard work and dedication of our entire team in building and developing Auranta, which is shaping the future of agriculture through our animal feed products.

“Business is very good. Since we launched the technology internationally in Hanover in 2018, we have established connections in 23 countries from Europe to the Middle East to South East Asia. We are exporting to eight countries at present and we expect to be exporting to the remainder by early 2021.

“Our products are manufactured in Ireland by our Partners Bioscience Nutrition in Limerick, who have been a tremendous support to us since we started the company.”

Galway based med-tech company Atlantic Therapeutics won the Life Sciences and Healthcare award as well as the overall award for developing a non-invasive, long lasting solution to bladder weakness and other disorders associated with pelvic floor muscle problems.

Michael McAleer, Innovation Editor at The Irish Times, said the awards have been highlighting the importance of fostering a culture of innovation for over a decade.

“It’s incredible to witness first-hand how companies all over Ireland are harnessing technology to provide better services and products for their customers.

“Many of these companies will no doubt go on to become industry leaders. Heartiest congratulations to Atlantic Therapeutics, to the other award winners, our finalists, all who entered the awards this year and indeed over the last 10 years.” 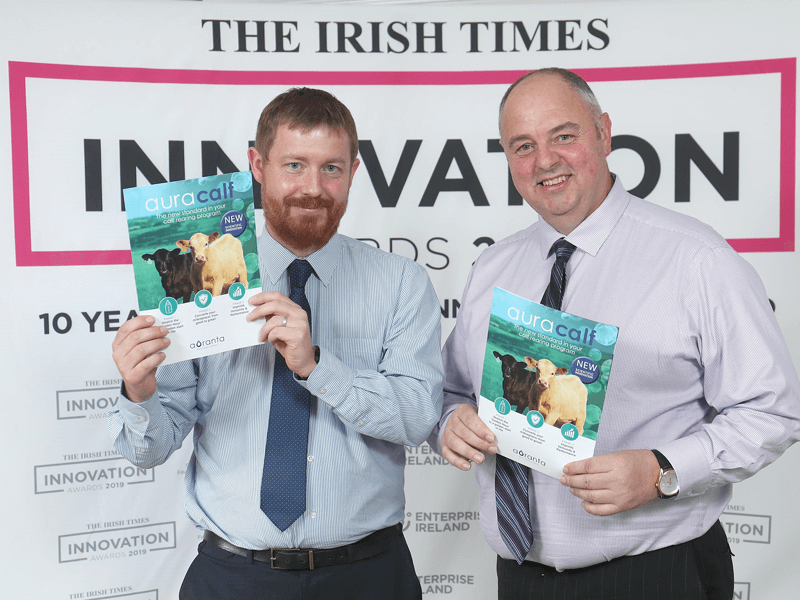