BIOTECH firm Auranta, which was co-founded by John Cullen from Milltown in Co Kildare, has won a prestigious award at the Irish Times Innovation Awards 2019.

The company, which is based in Dublin, has developed a range of animal feeds that boost the immune system and reduce the need for antibiotics. It won the New Frontiers Award for its feeds – produced from plant extracts – for calves, poultry and pigs.

Auranta, a spin-out from NovaUCD, says its products reduce mortality while boosting gut health, immunity and performance. It was presented with the award at a recent ceremony in the RDS and Auranta will receive a communications package worth €10,000 for the win.

John Cullen, who is also the CEO, said the firm was thrilled to win the award from what was a very strong shortlist.

“Winning this award is a recognition of the hard work and dedication of our entire team in building and developing Auranta, which is shaping the future of agriculture through our animal feed products,” he said.

“Business is very good. Since we launched the technology internationally in Hanover in 2018, we have established connections in 23 countries from Europe to the Middle East to South East Asia. We are exporting to eight countries at present and we expect to be exporting to the remainder by early 2021. Our products are manufactured in Ireland by our partners Bioscience Nutrition in Limerick, who have been a tremendous support to us since we started the company.”

Michael McAleer, innovation editor with The Irish Times, said the awards have been highlighting the importance of fostering a culture of innovation for over a decade.

“It’s incredible to witness first hand how companies all over Ireland are harnessing technology to provide better services and products for their customers,” he said. “Many of these companies will no doubt go on to become industry leaders.” 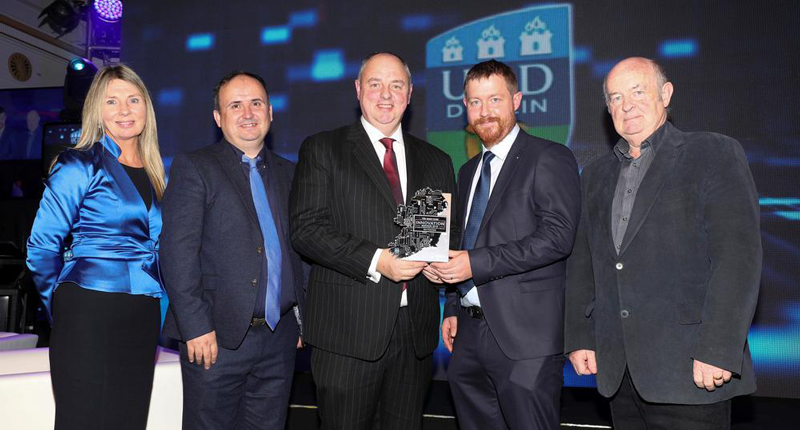