Auranta, which develops and produces a range of innovative and sustainable animal feed products to boost gut health, immunity and performance in calves, poultry, and pigs, has won a 2019 Irish Times Innovation Award.

The company was founded in 2013 by Dr Pat Ward and John Cullen and currently has offices and laboratory space at NovaUCD and Alexandra House, Dublin.

Auranta supplies AuraCalf, AuraPoultry and AuraPig products, based on synergies between plant extracts and natural organic acids, in liquid and powder formats.

The company is currently collaborating closely with a number of universities, including, University College Dublin, and agricultural research institutions, to further develop and test the company’s products.

John Cullen, co-founder and managing director, Auranta, said: “We are thrilled to have won an Irish Times Innovation Award from a very strong shortlist of companies in the New Frontiers Category.

“Winning this award is a recognition of the hard work and dedication of our entire team in building and developing Auranta, which is shaping the future of agriculture through our animal feed products.

“At Auranta we follow a science-based approach and we are continuously innovating animal gut health products for new markets and applications in Ireland and globally.”

Tom Flanagan, director of enterprise and commercialisation, UCD, said: “I would like to congratulate Auranta on winning a prestigious Irish Times Innovation Award. We are all very proud of your achievement here at NovaUCD.

“I wish the entire Auranta team continuing success as they grow and scale their company and impact the agriculture sector globally through innovative animal feed products.

“The multi-million-euro project to develop NovaUCD’s eastern courtyard has increased our capacity to house start-ups by more than 50 per cent, we are now looking to support more ambitious startups, like Auranta, who want to locate here to leverage our ecosystem to help them grow and scale globally.”

The Irish Times Innovation Awards, which are now in their 10th year, were presented at a ceremony attended last night by more than 200 people at the RDS in Dublin and more than 100 companies took part in the awards this year.

Auranta was the only Dublin-based company to win an Award as finalists from the West of Ireland claimed four of the five category awards. 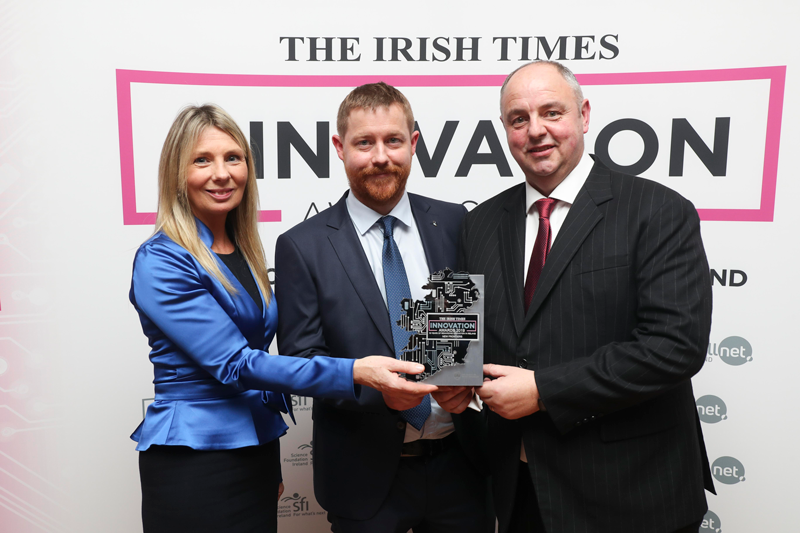