Bravery and ambition were the overriding trait of the finalists at the 10th Irish Times Innovation Awards. Host David McWilliams was joined by serial entrepreneur Chris Horn and FoodCloud co-founder Iseult Ward in praising the incredible drive and determination of the entrepeneurs who made it to the final round of this year’s innovation awards.

Marking the 10th anniversary of a process aimed to recognise and reward those who attempt to bring their bright ideas to reality, eight of the past overall winners were in attendance to see Galway-based medtech Atlantic Therapeutics pick up the overall award this year.

The company has developed a non-invasive, long-lasting solution to bladder weakness and other disorders associated with pelvic floor muscle problems.

As many as one in three women and one in 10 men suffer from urinary incontinence, primarily due to weakened pelvic floor muscles. The condition often goes untreated and unreported due to the embarrassment involved and the stigma felt by patients.

Atlantic Therapeutics’ innovative device Innovo is similar in style and feel to a pair of cycling shorts and works by strengthening and rebuilding the pelvic floor muscles.

Atlantic is a spin-out from Galway-based Bio-Medical Research Group, a company behind the well-known body toning belt product Slendertone.

Earlier this year Atlantic raised €28 million ahead of a move into the US market just months after receiving FDA approval for its flagship Innovo technology platform.

At present Innovo is a prescription-only device in the US, but according to global product manager Danny Forde, “our aim is to achieve over-the-counter status this year”.

“We are also up and running in a number of European markets, including Ireland, the UK, France, Germany and Spain, while we recently finalised a distribution deal in Scandinavia.”

Atlantic also won the life sciences and healthcare category in the awards. 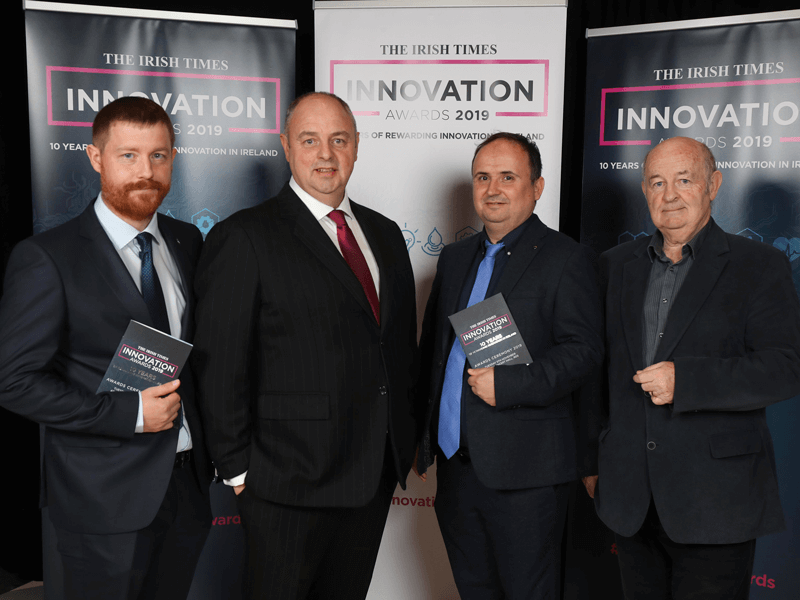